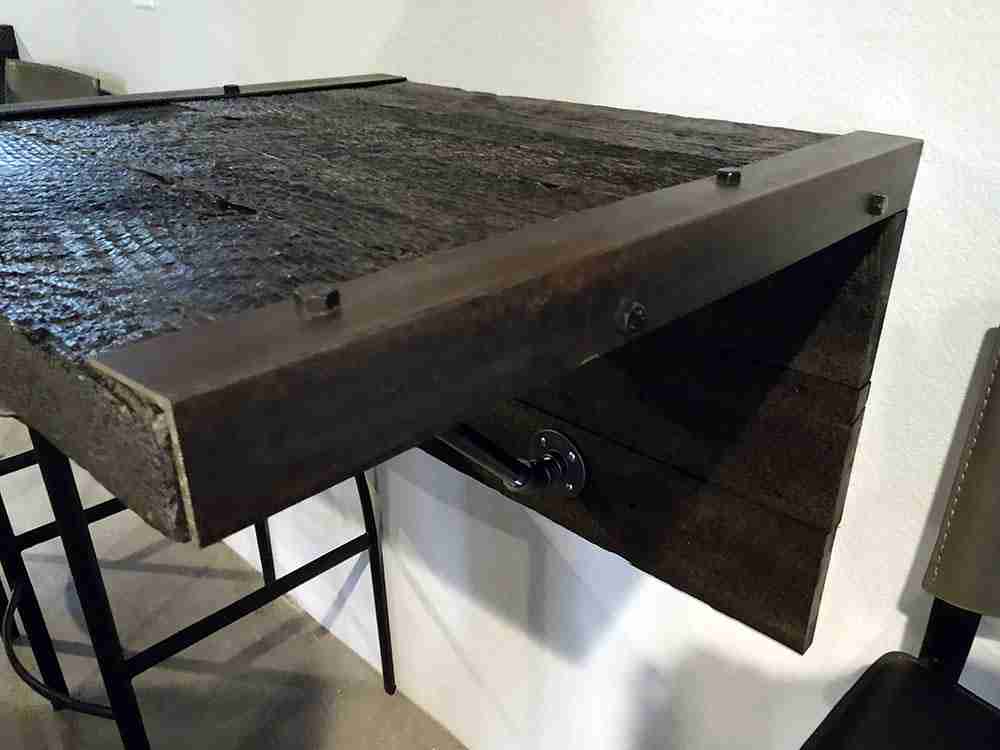 My clients wanted to add 24” x 24” cocktail tables to his game room. He wanted them to be supported on the wall and didn’t want legs on them. So, we had to come up with a solution for this.

Originally, we were going to use 2×4’s to create the top, burn them with a torch, and then stain it. Then we would support it with some brackets of some sort.

I had already created several barn doors and an accent wall using rough wood that I got from a ranch in the Colorado mountains.

I had some 2×6’s that used to be fence slats. I created the tabletops and then added 2” x 2” on the ends, attaching them with lag bolts.

I tried using regular shelving brackets, but the tabletops were too big to hold them up. We came up with a solution using iron piping as supports. 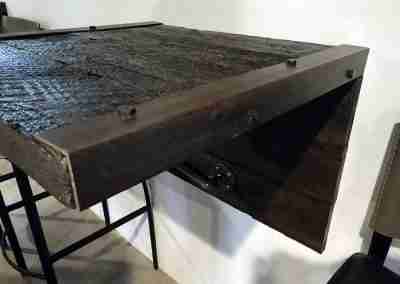 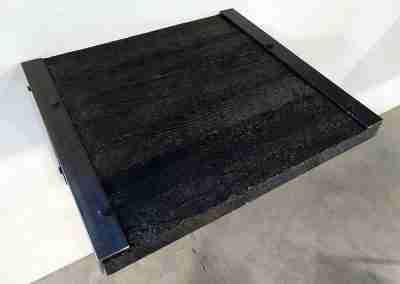 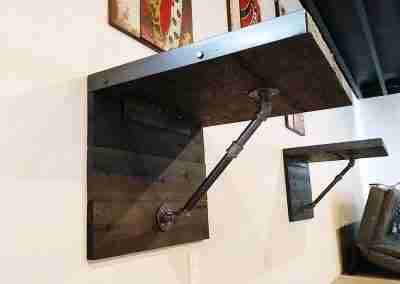 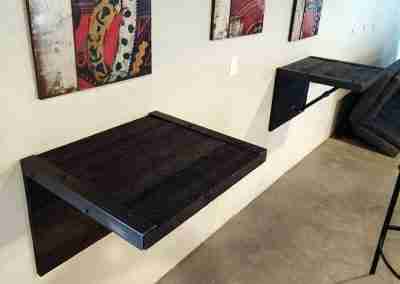 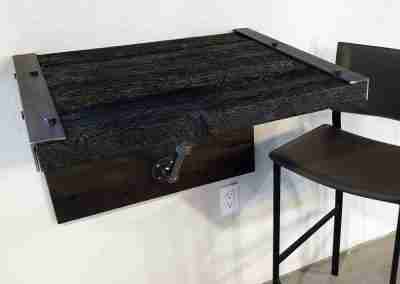 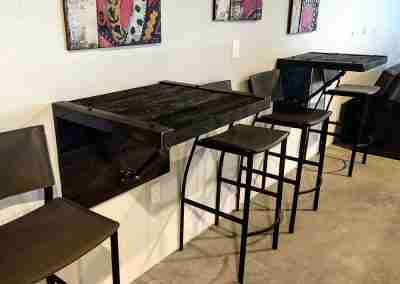 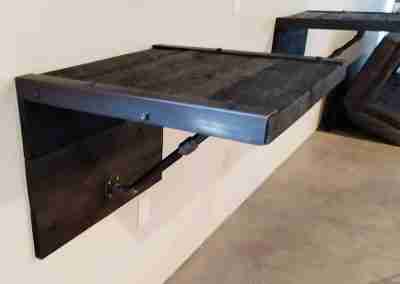