The new vanity was slated to go in an alcove in the new bathroom and was the same look as the cocktail tabletops – rough 2×6 wood stained black with 2” x 2” angle iron on the sides. We did the same treatment with the stained 1×6’s going up the wall on both sides underneath the vanity as support and added the 2” x 2” angle iron. We used wood shims so it was level back to front and side to side.

It was a bear drilling the holes in the vanity top for the drain and the faucet. We used a corded drill with the hole saws so I wouldn’t burn out my portable drill.

Originally there was going to have a shelf on the bottom but the client decided he didn’t want it so he could put a trash can underneath. Plus, I stained four pieces to cover up the front but the client ended up using only one for access purposes to the plumbing. 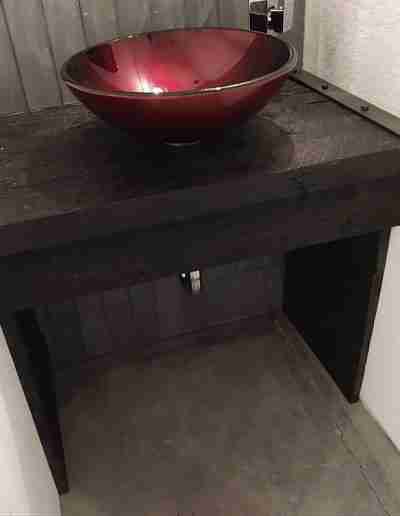 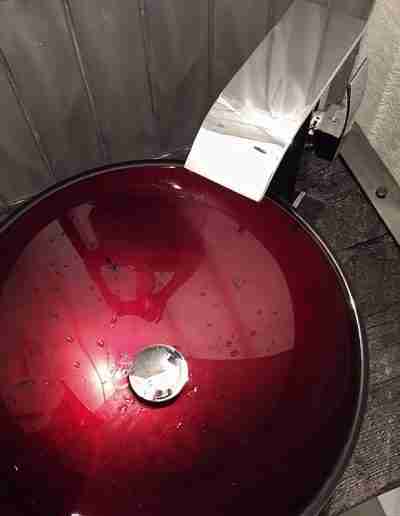 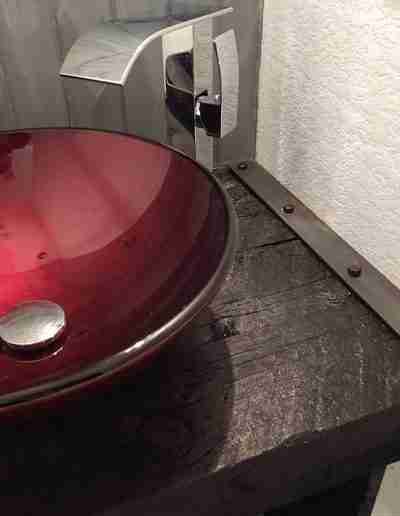 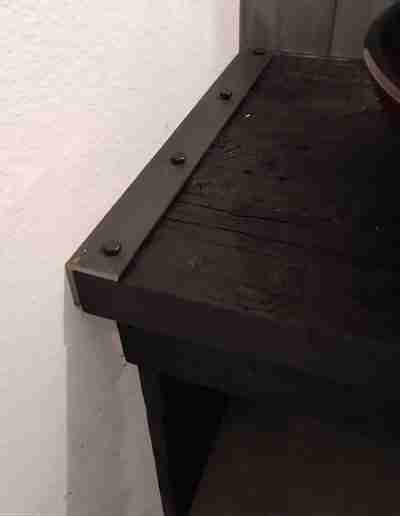 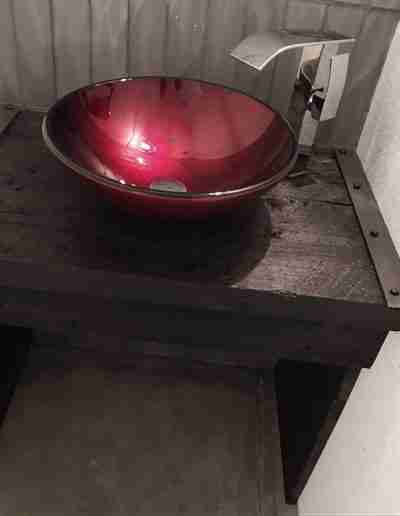 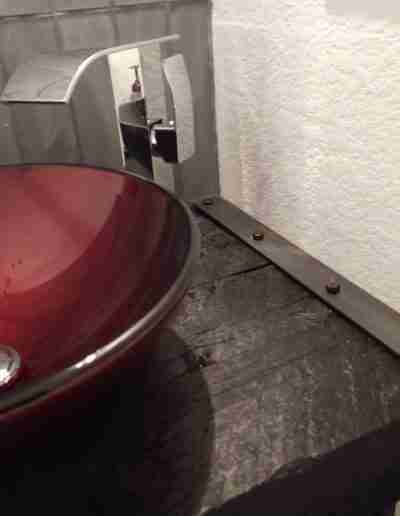