I got my hands on an old desk gathering dust in a workshop. It had been handbuilt in the 1880s but nobody really wanted it. And was in rough shape when we started working on it.

My wife and I started working on it together during our 28th anniversary weekend. We started off by taking off the top. We then took 12 inches off the depth — otherwise it wouldn’t have worked very well as a night. We removed the old backs and then reattached them to what was now two pieces.

My wife sanded down the two pieces, being sure to keep some of the old character of the wood. I cut down the top to make two tops for the nightstands. After rounding off the top edges a bit I attached the tops to the nightstands. We then painted it with diluted painted to let the character shine though. We also hit it again with the sander to let more of the old wood show.

We coated the entire piece with a matte finish polyurethane and added new handles we bought at Home Depot. We also had to work on the drawers so they would open and shut more easily. We did this with sanding and adding wax to the sliders. 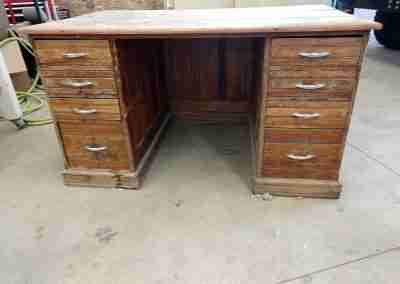 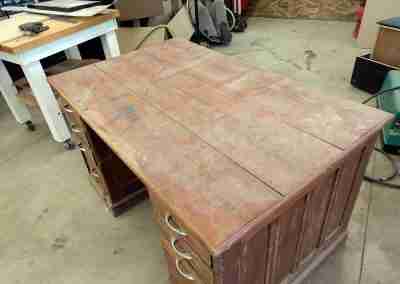 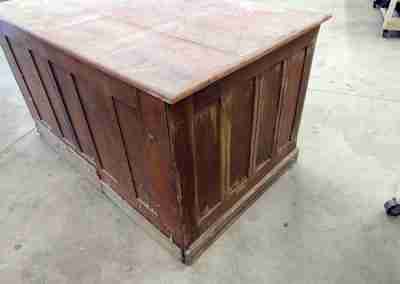 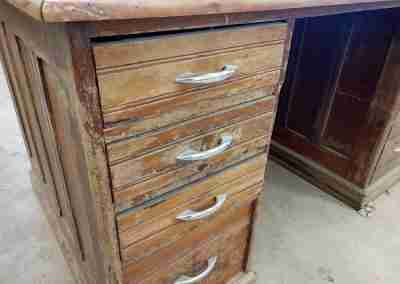 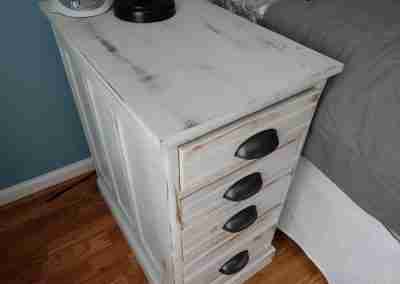 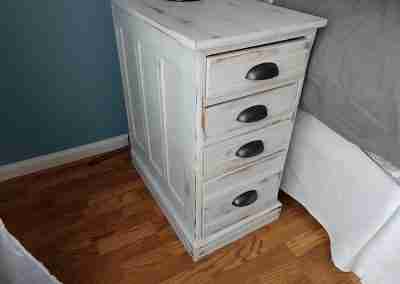 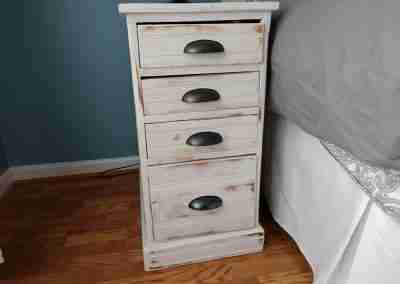 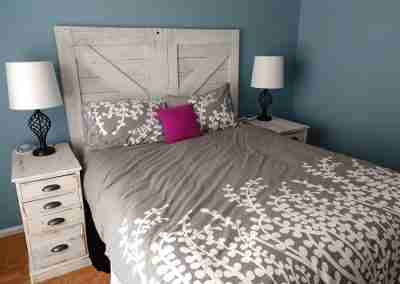