Piano Converted to a Desk

My client connected with me about converting a piano into a desk. He had tried to donate the piano but it had a cracked soundboard so they couldn’t take it. He came up with the idea of converting it to a desk to honor his wife who had passed away the previous summer.

We talked through several ideas and landed on a good direction. I picked up the piano with three friends of mine and got rolling on the ideas. The client decided he wanted to have it created in such a way that it could be moved easily in the future.

He had a professional photographer take a picture of the strings and harp before I took it out of the piano. And then had it printed onto acrylic to protect the photo. I eventually put this in the back of the piano. What you are seeing in the pictures below is actually a photograph.

I took out the harp after some effort and started arranging things.

We were originally going to use some of the wood from the piano to make the desktop but he decided he wanted light wood with a shiny surface instead. I used pine to create the desktop and the top of the bench and then coated it in epoxy. I trimmed it in quarter-round, also coated in epoxy.

I installed LED string lights within the body of the piano and then put everything together after polishing the brass.

I also used a grinder to cut out the manufacturer plate from the harp and installed it next to pedals to add more detail.

My client is an engineer, and I loved getting his input. I even said that I should hire him as a design assistant.

I delivered it this morning with a buddy, and the client loved it.

This is the second time I’ve repurposed a piano and have another one half done in the garage. I’m excited about how it turned out and how it’s a fitting memorial to his wife who grew up playing a piano made by the same company as the one I repurposed. 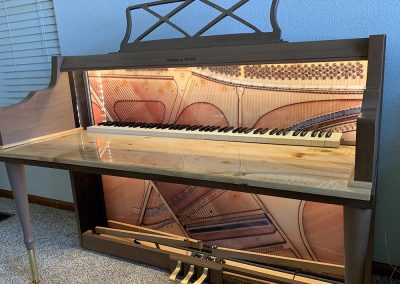 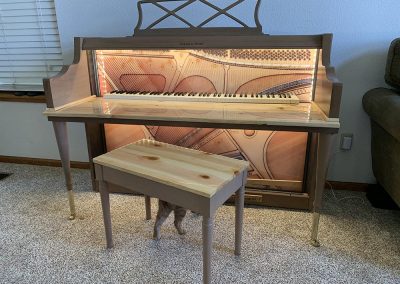 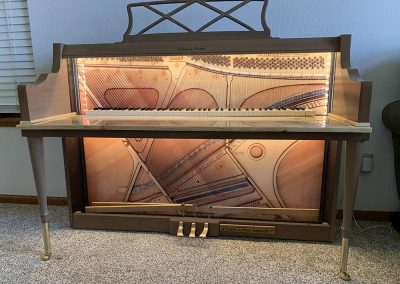 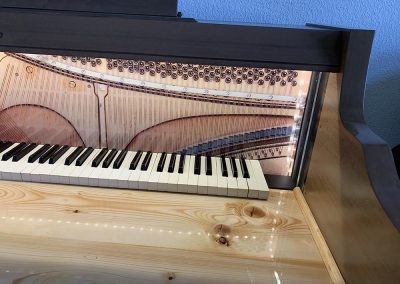 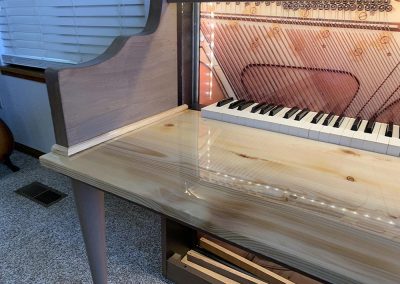 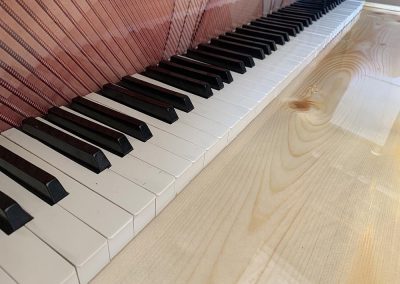 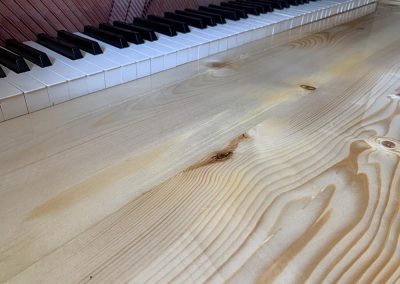 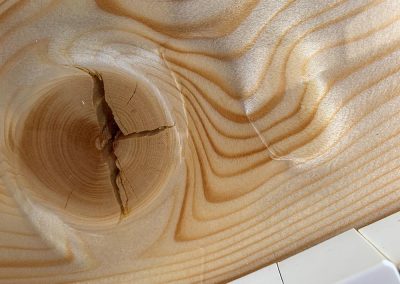 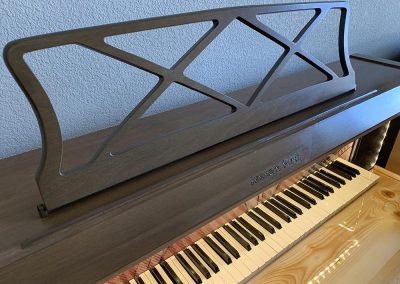 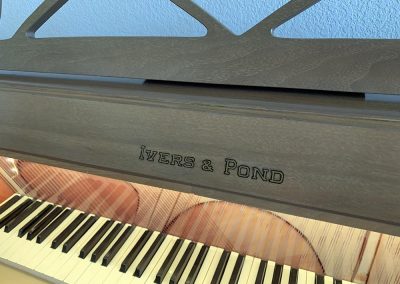 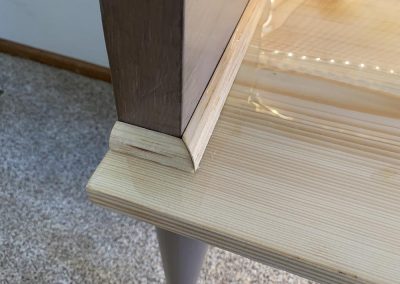 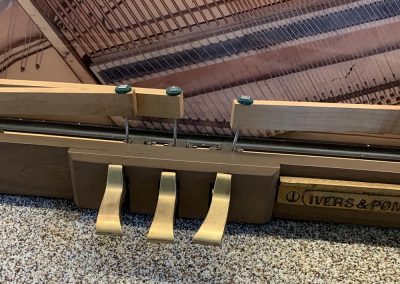 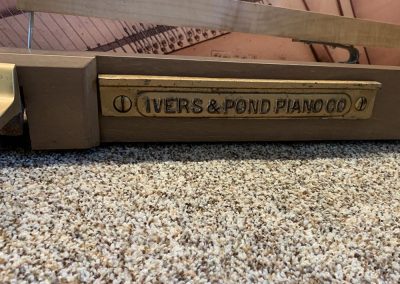 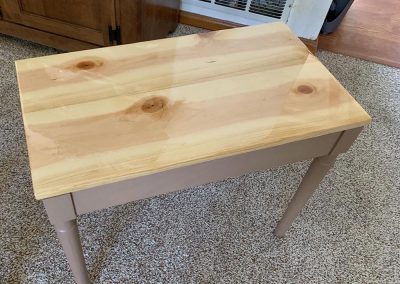 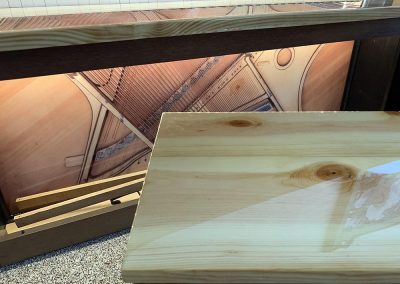 Are you interesting in having something built? Great. I'd love to help. Give me a call or text at 720-427-5660 or fill out the form to the right and we can set up a time to talk. No pressure. I'm just interested to hear what you're thinking.