End Tables Made from Office Desk

The brass handles were polished and gleaming. I put them on the drawers and they popped against the quarter-sawn oak.

The tarnished lock looked out of place. I removed it from the drawer and tried brass polish and Tarn-X, but neither worked. And then I took steel wool and sandpaper to it and it shined like the handles.

This was near the end of the project and it now was feeling right.

I found an Mid Century office desk on Craig’s List and made arrangements to pick it up behind their office that evening. I managed to get the behemoth in the back of my pickup by myself. And also got chance to do some dumpster diving.

There was a roll-off with a bunch of stuff in it that interested me. The company was a bunch of civil engineers and they had rolls and rolls of topographical maps. I used some of the maps for my table tops, and plan on using some of the others ones in future projects. I also found a couple minnow traps that I’m going to make into pendant lights.

I brought the desk home and took it apart. I made the top into a work table in the basement. I refinished the two side pieces, stained them, and then protected them with wipe-on polyurethane for a smooth finish.

I made the tops using the maps I mentioned earlier. I tried decoupage but that didn’t work very well. I used spray mount to adhere it to scrap pieces of wood from a junky armoire that I found along the road.

I built a frame around the top and then used two-part epoxy to give it a deep, protective and shiny surface.

As mentioned earlier, I got all the brass shiny with some brass polish and a lot of elbow grease. 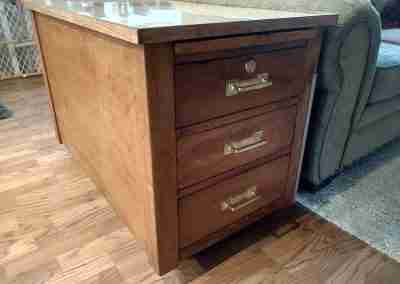 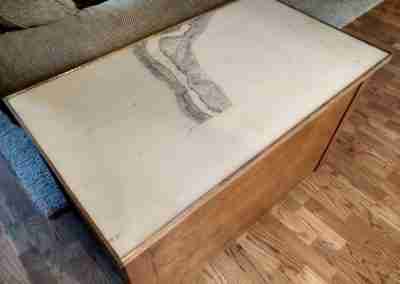 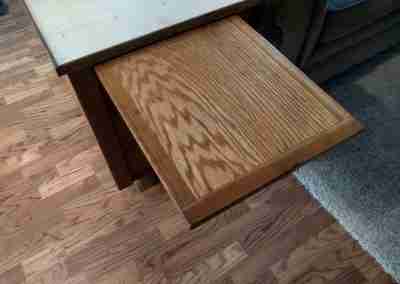 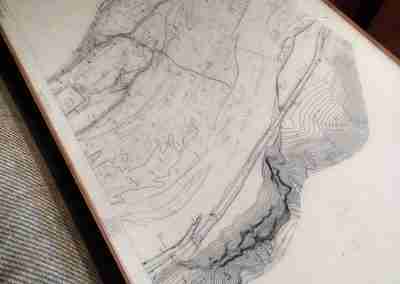 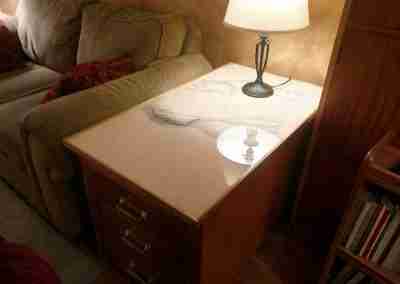 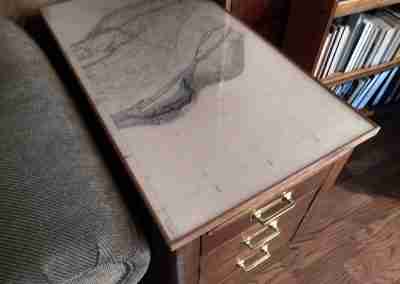 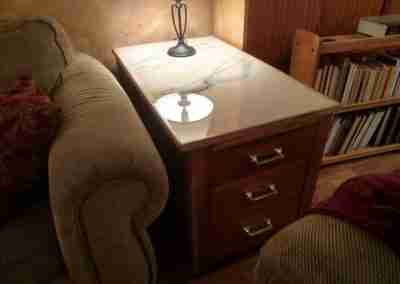 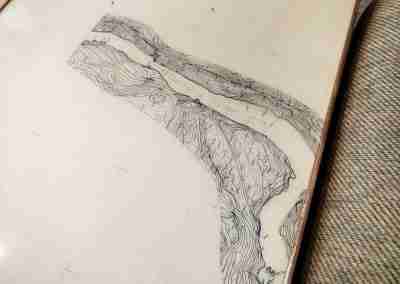 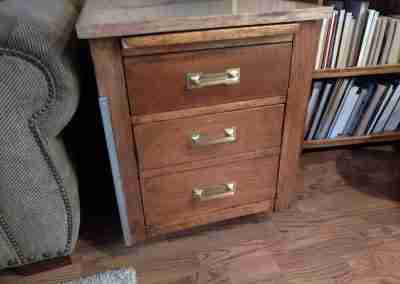