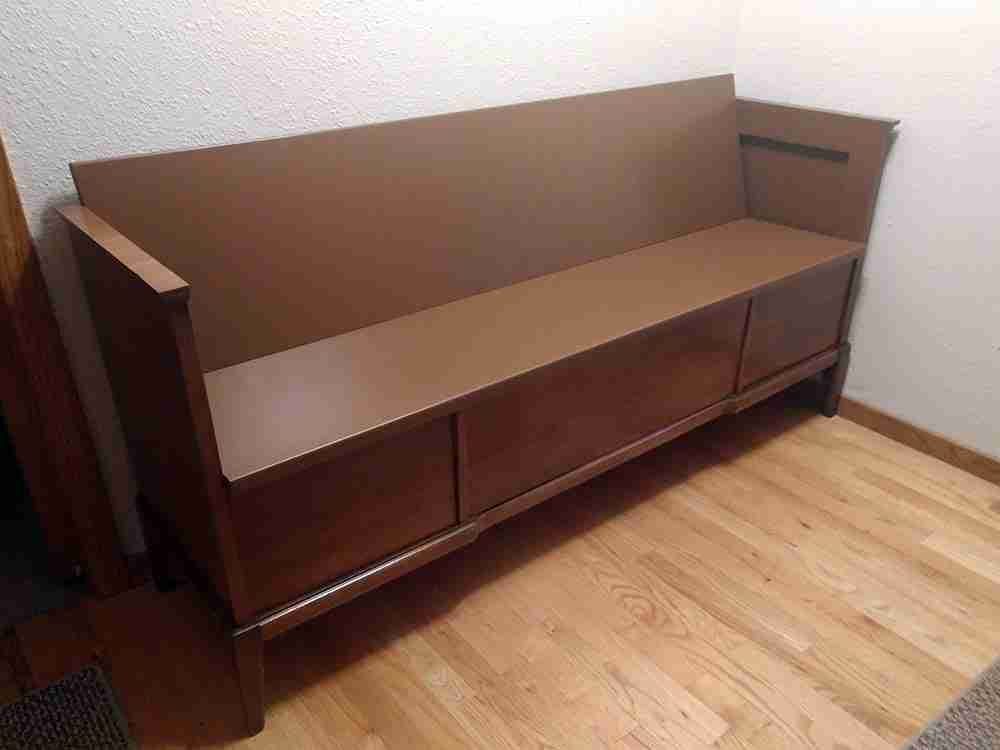 My client had a Mid Century Modern dresser she tried to sell. The buyer paid half and took the drawers with her. She left them in her car during a hot summer day and the drawers were ruined. My client was left with a dresser without drawers – practically useless.

The dresser had been in her family since the 1960s, so she wanted them repurposed into something for her family. So, she tasked me with the job of creating a bench from the dresser. I took off the back and the top. I cut down the top and used it to cover up where the drawers used to be (my favorite part of the piece).

I also used part of the top to make armrests. I created a structure to support the bottom of the bench. I built the seat and the back using two pieces of ½” MDF that was glued and nailed together. I then rounded over the edge of the seat and back with a router.

The client was so excited when I delivered the bench to her. She was able to redeem a bad experience. 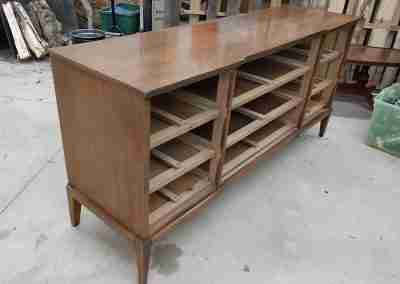 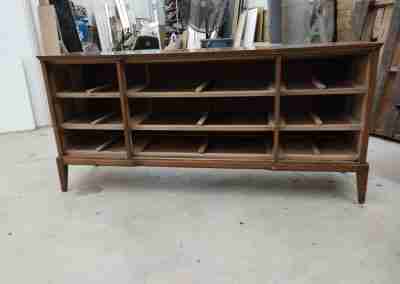 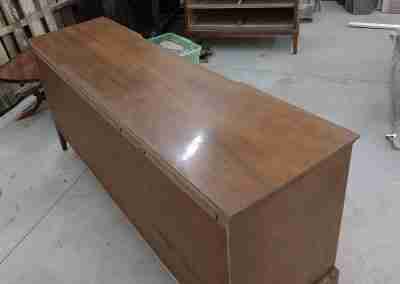 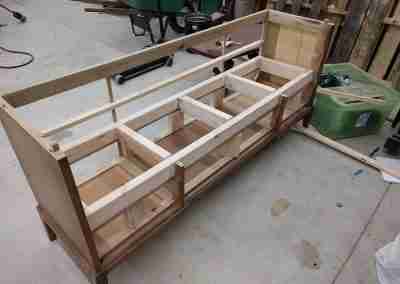 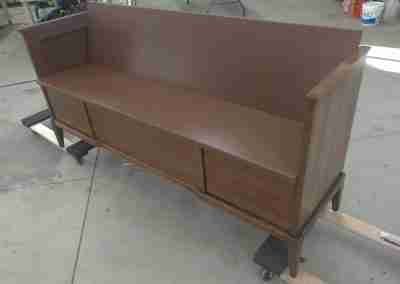 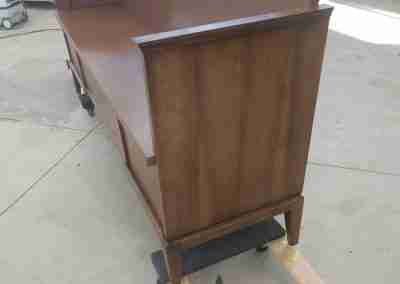 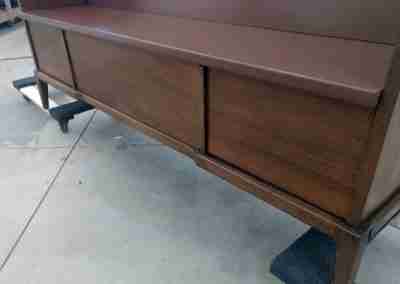 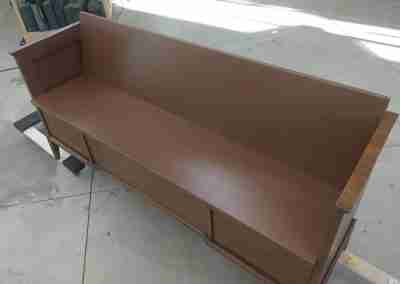 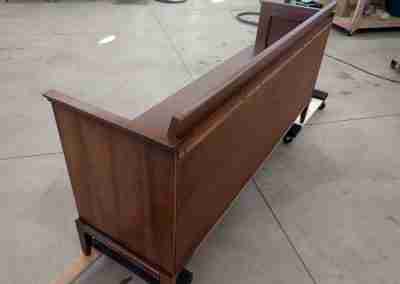 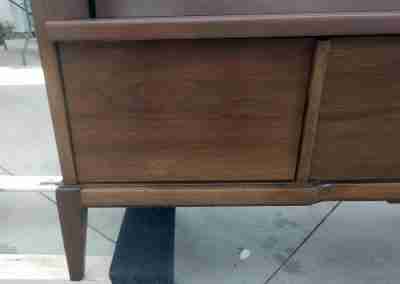 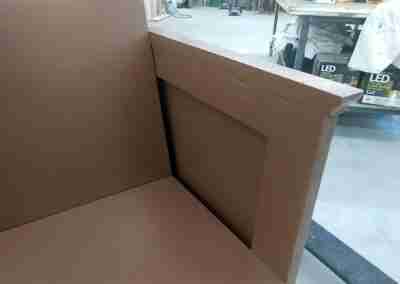 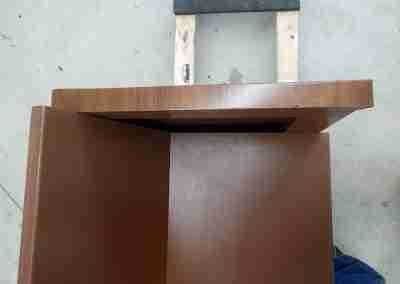 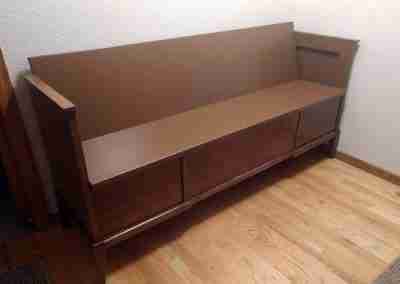 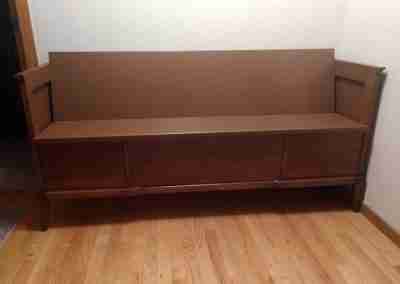